Two Carrion Crows were at Groomsport and one at Donaghadee today – all three were in pairs with Hooded Crows. (Clive Mellon).

Four Pink-feet were with a large flock of Greylag and Whooper Swans on the Closet Meadows at Oxford Island. (David Hunter).

The Lesser Whitethroat was showing again this morning in Co. Tyrone. (Birdguides).

The Ring-billed Gull was still at Carrickfergus this morning, see picture below. The female Velvet Scoter was still off Dargan. (Neal Warnock).

The flock of 21 Twite were still at the boatyard in Whitehead, there was no sign of the Black Redstart, see picture below. (Michael Latham) 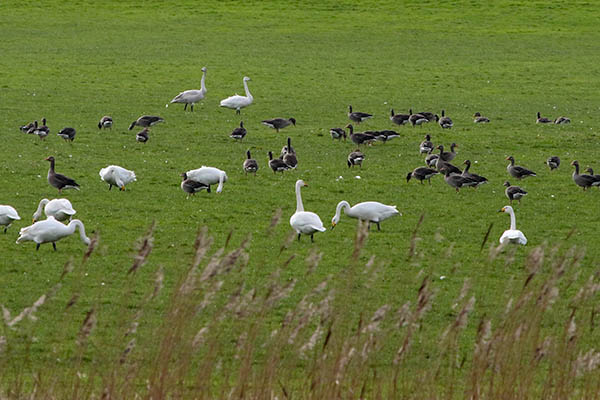 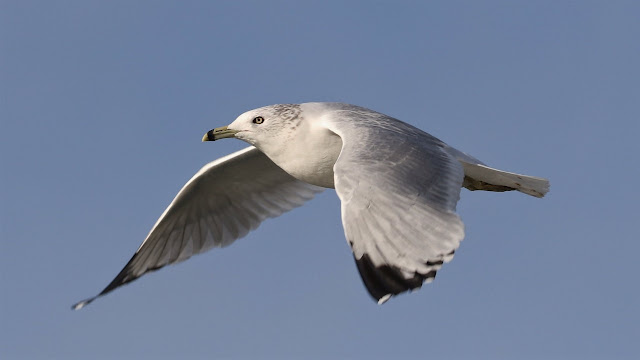 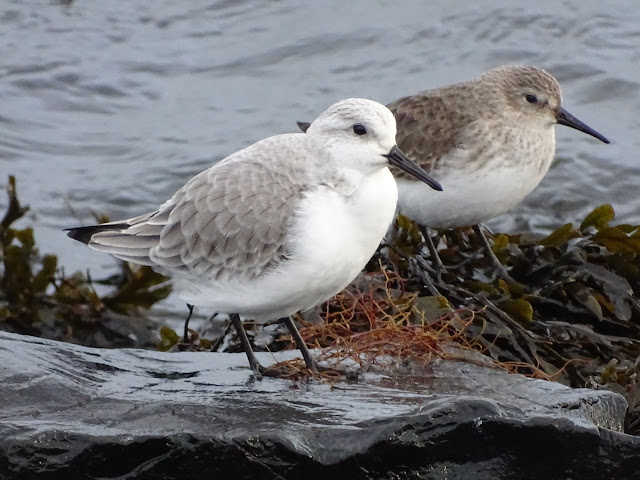 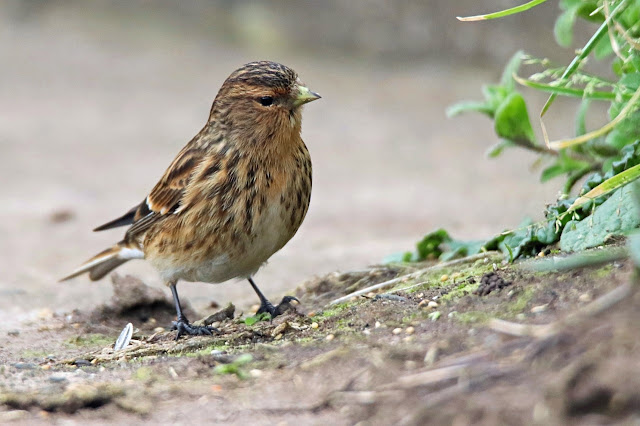