Around Belfast this morning were a Ruff & Mediterranean Gull at RSPB WOW Reserve & 3 Common Scoter off Dargan. (Richard Hunter)

A Kumlien's Gull was at Whiteabbey today. 5 Mediterranean Gulls were on breeding platform 2 at the Belfast WoW Reserve. 2 of them had metal rings. First bird appears to be of Dutch origin - missed out on the first number of the 7 digit code ?.735.920. Second bird appears to have a BTO ring. On Kinnegar Beach there were 2 Mediterranean Gulls - 1 adult, plus a 2nd calendar year bird. (Gareth Platt).

Thanks to Gareth for the pictures of the Kumlien's Gull and the Mediterranean Gulls: 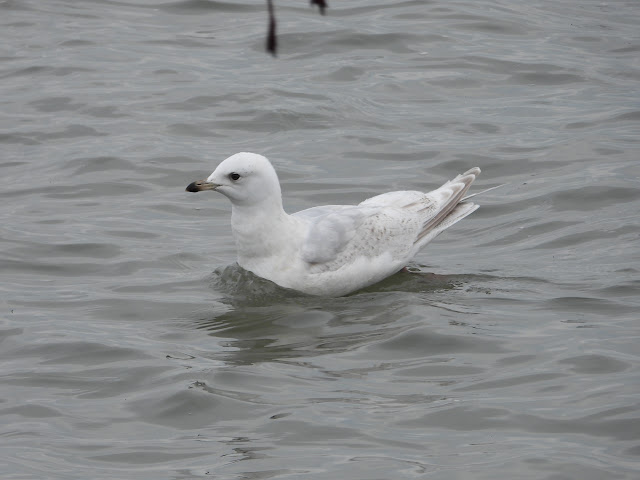 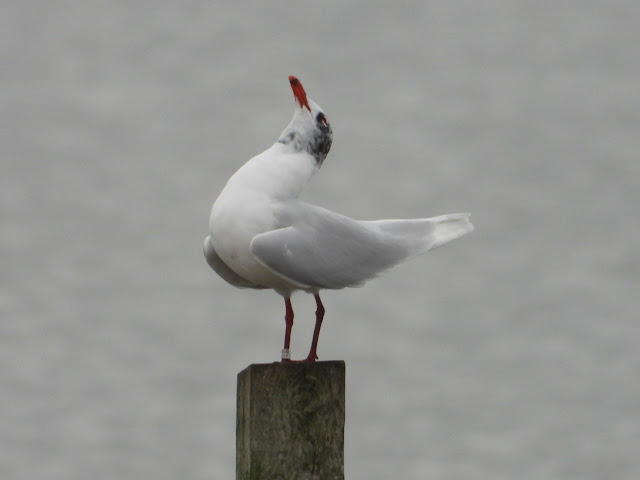 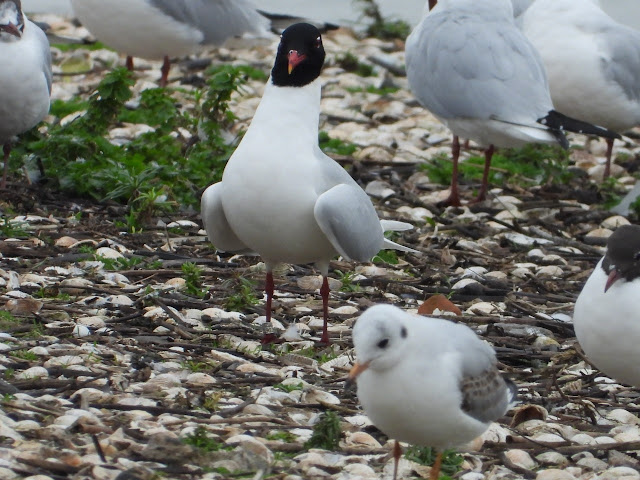