The Black Redstart was showing well at Whitehead towards the Rangers Supporters club end. (Michael Latham)

There were three Waxwings at the corner of Sicily and Priory Park in Finaghy at lunchtime today (Clive Mellon). They were still in Finaghy at 2.45pm in a bare tree behind 9 Locksley Gardens (Nigel Moore)

A redhead Smew was at Derrytrasna Bay on the south shore of Lough Neagh. (Ed O'Hara). 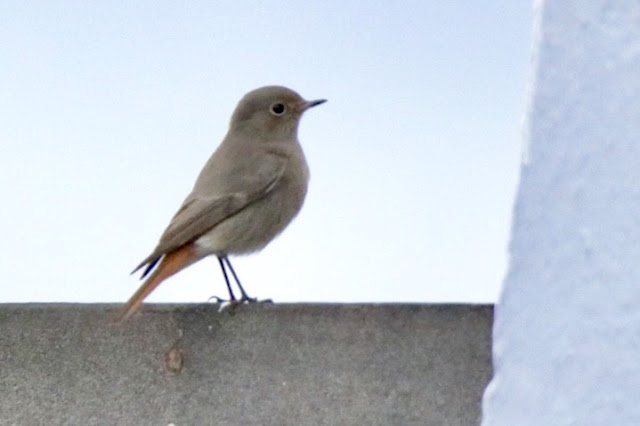