A female Hawfinch was at Gosford Forest Park, feeding in Yews 70m south of the now-disused Castle car park. It was very elusive. (Clifford Sharp)

Corbett Lough, Co Down had a pair of Goosander and 44 Whooper Swans.

Rathlin had 9 Greenland White-fronted Geese and still 6 Pink-footed Geese, the Scaup and a Twite. (Ric Else and Hazel Watson)
The Bann Estuary had a 1st W Iceland Gull and c600 Golden Plover (Hill Dick)

18 Fieldfare and 3 Raven were at Poyntzpass (Fulton Sommerville)
Ballyquintin Point on the Outer Ards had approx 400 Linnet, 150 Skylark and 120 Tree Sparrow - all on the NT managed fields. Nearby fields beside Tara Caravans had approx 40 Tree Sparrow (Ian Enlander)
The Common Sandpiper seen in November is still near Donaghadee. A Merlin was also seen eating prey by the shore. (Stephen Foster and Ronan Owens)
Fieldfares, Fulton Sommerville: 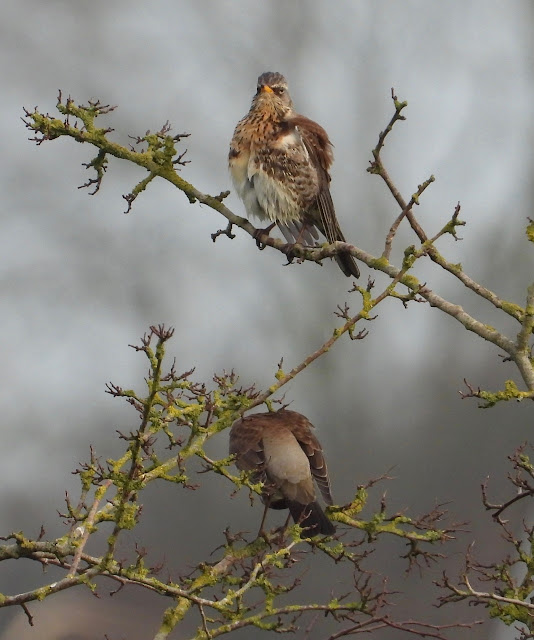