Lapland Buntings continue to be reported. 6 were over Keeble, Rathlin (Ric Else / Hazel Watson) and 8 were at Malin Head (Brian Hegarty). Another Lapland Bunting was at Ramore Head (Colin Guy)
A Garden Warbler, 3 Blackcaps and a Willow Warbler were in the trees to the path hide at RSPB WoW (Stuart McKee)
A juvenile Hobby was seen briefly hunting over Killough Harbour at 10am before flying south over village; 7 White Wagtails and 1 Wheatear were around Killough pier; 1 Whimbrel, 10 White Wagtails, 2 Wheatears were at Tyrella (Chris Murphy)
2 Whooper Swans were this morning on the northern shoreline of Lough Neagh between Cranfield and Farr's Bay. (Ciara Laverty & Peter Harper)
3 Ruff were still at RSPB WoW (Gerard McGeehan \ Shirley Dunlop)
A Wheatear was at Port Davey, Whitehead (Derek Polley)
The Spoonbill was still at Ballykelly (Michael Savage / Martin Deehan)
Lapland Bunting, Brian Hegarty: 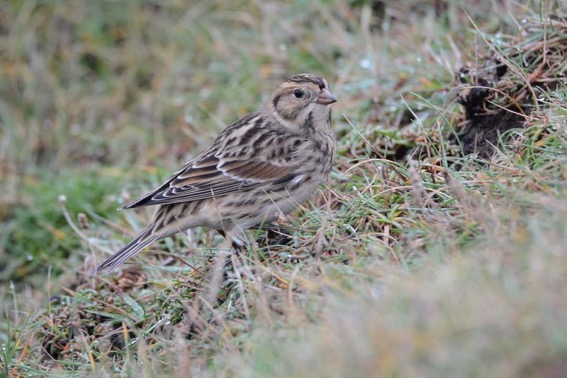 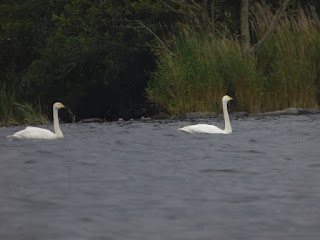