An immature White-tailed Eagle was at The Rue, Rathlin. Also present around the island were 5 Arctic Skua, a Red-throated Diver, Mediterranean Gull, a Merlin chasing a Peregrine, the Grey Plover and 47 Pink-feet (Ric Else / Hazel Watson).
A single Barnacle was with 71 Greylags at the Roe Estuary. (Martin Deehan).
The two Great White Egrets were still at Ballycarry (David Stirling)
Thanks to Ric for this picture of the White-tailed Eagle, to David Stirling for the pictures of the Great White Egret and to Lindsay Hodges for the picture of the Merlin: 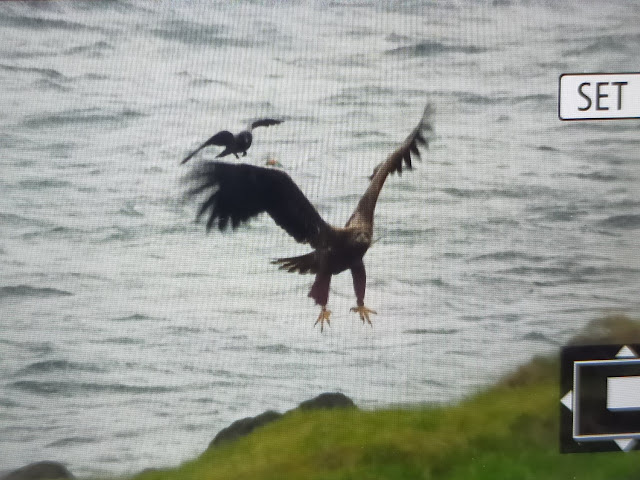 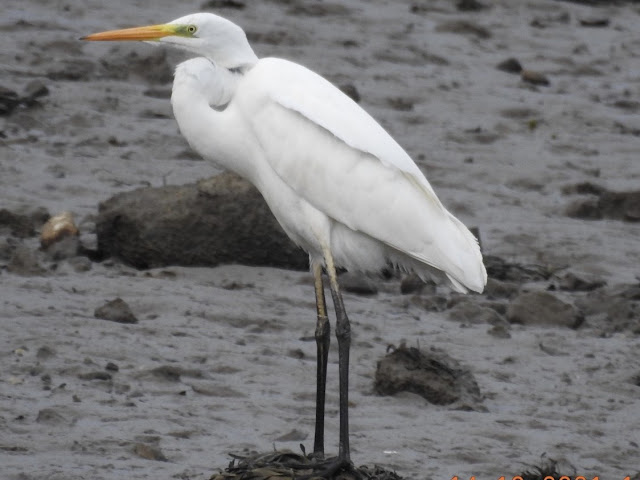 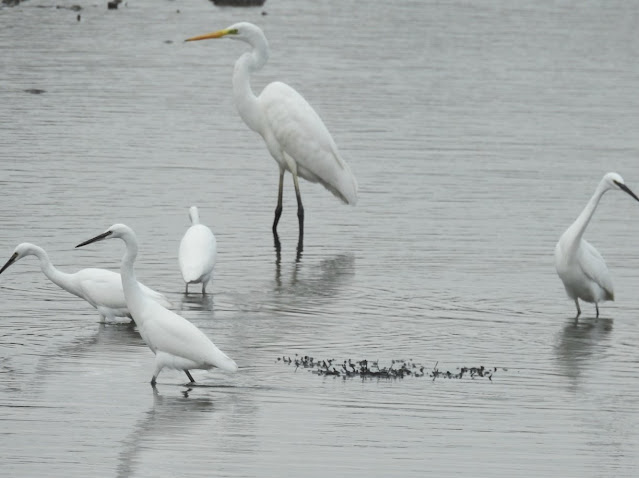 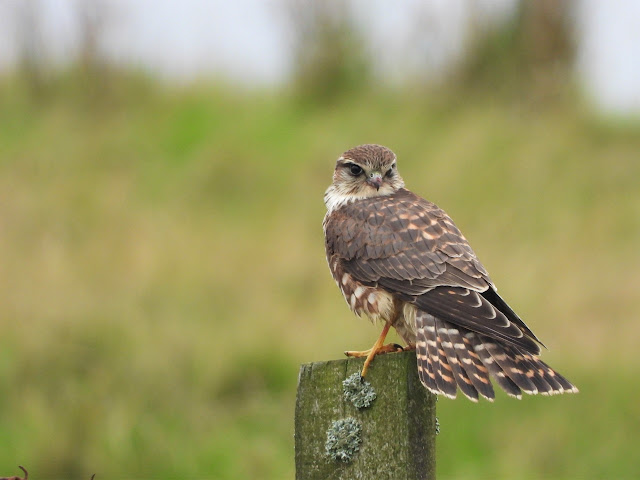