Last night the Tawny Owl (of unknown origin) was heard to call at 18:40 at Castle Ward, but was not seen (David Stirling)
A Corncrake was calling near Stewartstown. It has been present since last Wednesday (Godfrey McRoberts)
38 Common Scoter flew North of Briggs Rocks this morning (Colin Guy)
A Pale-bellied Brent Goose was at Swan Island, Larne Lough (Matthew Tickner / Adam McClure)
Three Raven and five Buzzard were on the lower slopes of Slieve Beagh this afternoon. (Peter Guy)
A Grasshopper Warbler was singing this afternoon in Cabra, Co. Down (Ryan Gallagher)
Thanks to David Knight for this pic of a Spotted Flycatcher taken at Highfield, Craigavon yesterday, and to Alistair Prentice for the pair of Bullfinches: 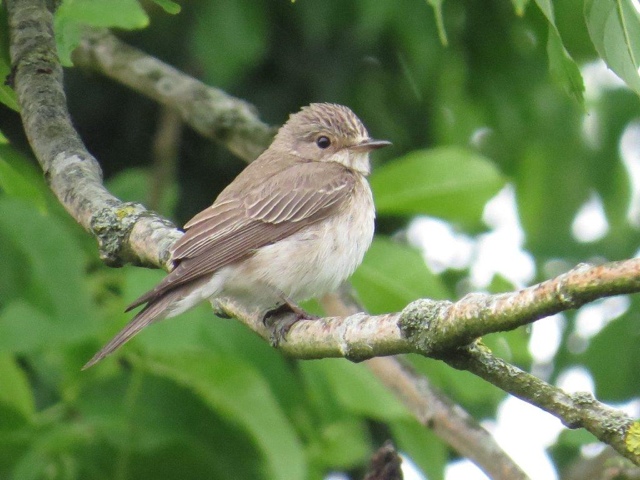 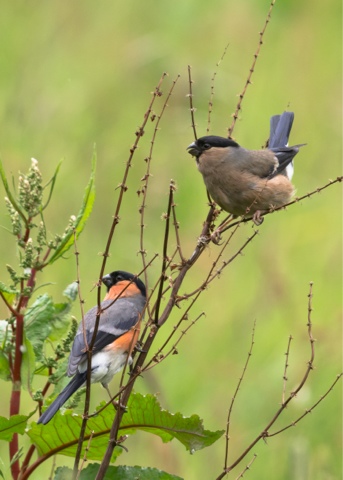