The White-rumped Sandpiper is still at Lady's Bay, Lough Neagh up to 1.00p.m. at least. (Fulton Somerville/Thom Shannon/Ruth Maybin).

A Little Stint, 2 Curlew Sandpiper, 6 Ruff and a Water Rail were at Belfast Harbour Lagoon (Stuart McKee, Gerard McGeehan).
The Lesser Yellowlegs was seen again at Blanketnook, Co Donegal.
Approximately 3000 Brent Geese, a Kingfisher, Chiffchaff, Sparrowhawk and 3 Buzzard were seen at Strangford Lough. 12 Brent Geese and a Wheatear were on Belfast Lough. ( Christine Cassidy and Lindsay Hodges)
Thanks to Dick Glasgow for the Snipe picture and Christine Xassidy for the Wheatear. You can see more pics at www.nibirdpics.blogspot.co.uk 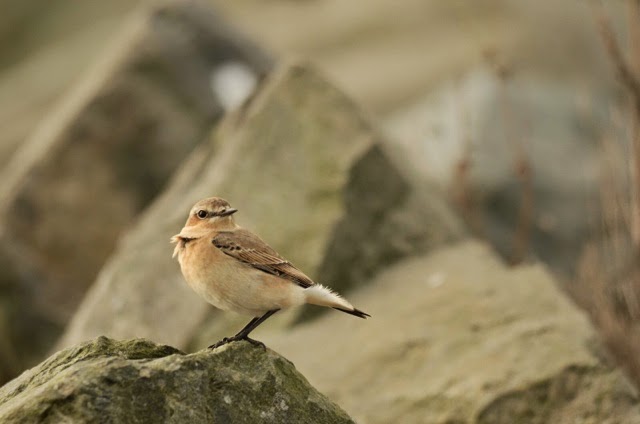