A drake Garganey was at the east end of Reedy Flats, 15 Whimbrel, 6 White Wagrtail and 12 Black-tailed Godwit were also present. 12 White Wagtail were in a ploughed field at the eastern end of Ardmore. 2 Grasshopper Warblers were singing at Oxford Island (Garry Armstrong, Ed O'Hara).

On Rathlin the Ring Ouzel was still at Kebble this morning, plus 2 Tree Pipits and 5 Great Skuas. (Ric Else & Hazel Watson).

A Grasshopper Warbler was at Bessbrook, see picture below. (Neil Cartmill).

A Red Kite flew south along the Lower Bann at 16.45 at The Loughan, Coleraine. (Richard Donaghey). 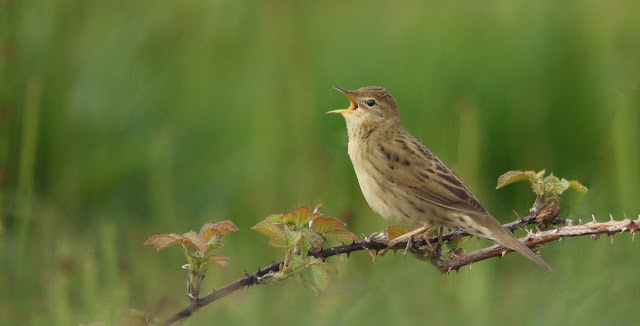 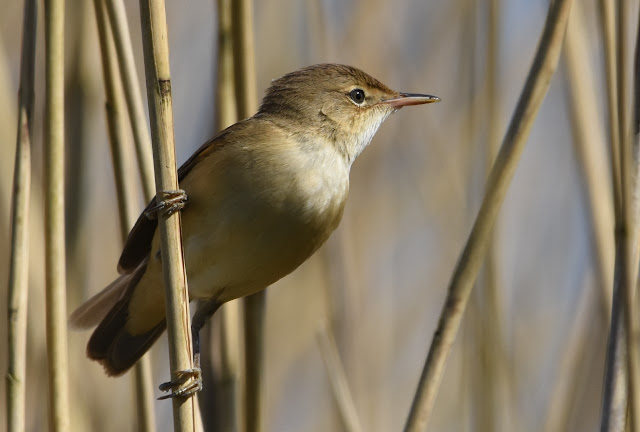 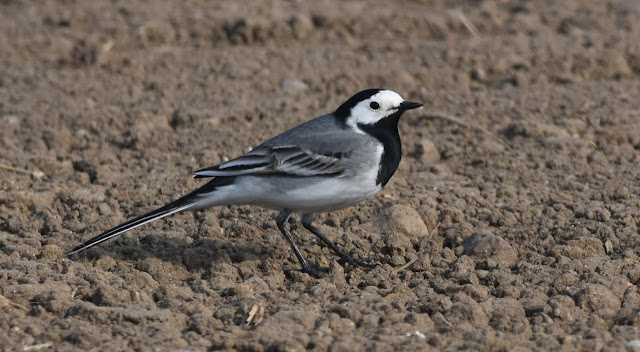 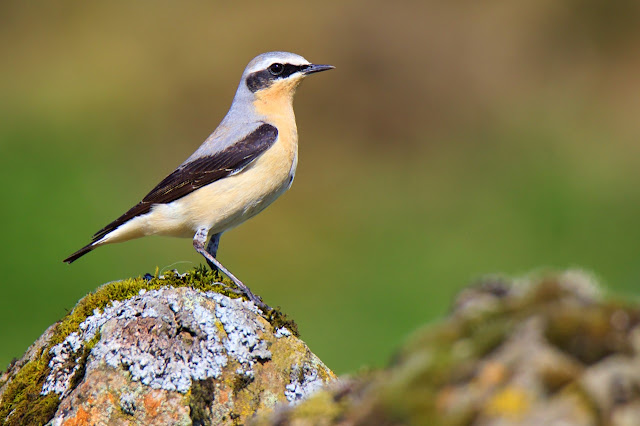 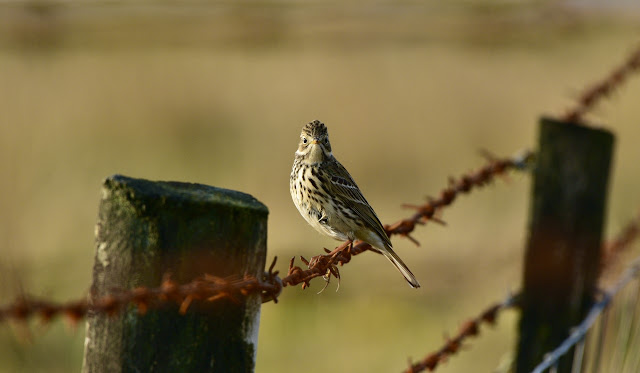 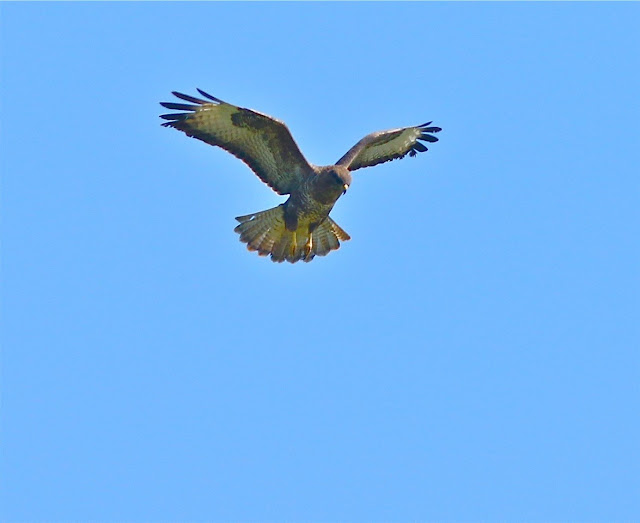