A Golden Eagle was over Rathlin this morning before drifting off south. Also on the island today, there were a Hen Harrier, the Snow Bunting still, at least 7 White Wagtails and a large arrival of Willow Warblers.  (Ric Else & Hazel Watson).

Willow Warblers, Swallows, House Martins and Sand Martins are now widely reported. Many thanks for the sightings. 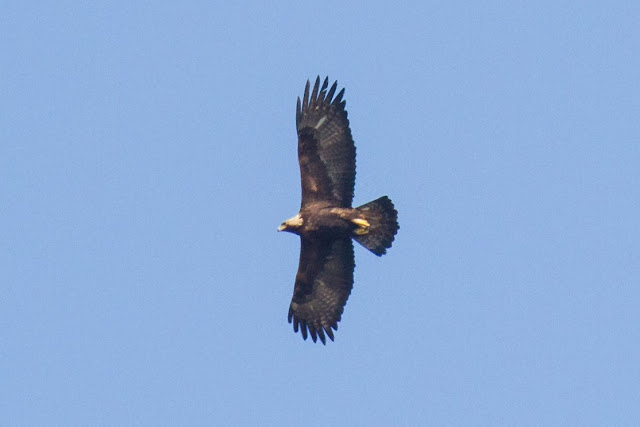